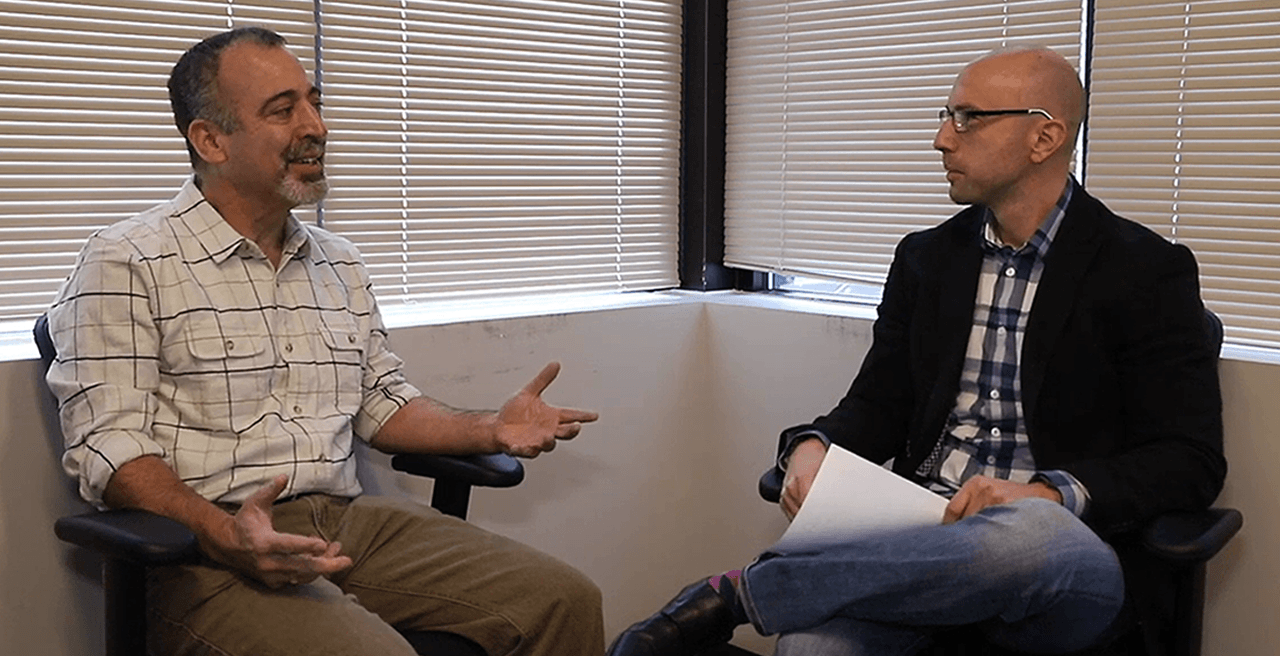 Phase Change’s Inventor, Founder, and CEO, Steve Bucuvalas, was featured in the January 31, 2019, episode of the InfluenceNow! podcast, hosted by Justin Craft2.

The InfluenceNow! podcast highlights startups, exceptional business influencers, and ideas from a variety of industries that influence the world.

Steve and Justin discussed how Phase Change and the technology behind Mia, the first cognitive agent for software development, became a reality.

The interview begins with Steve describing his career leading technology and artificial intelligence (AI) groups in financial services and insurance companies, and his subsequent entrepreneurial career starting and selling two different companies. He tells the story of how a single conversation with the buyer of his second company led to his interest in applying AI technology to the problem of software-development productivity.

At the closing, the buyer said to me, 'What's wrong with you guys in software? AI has changed financial services extraordinarily - increased our productivity 100 times,' which is accurate. 'Why can’t you do that with your own industry?'

That moment led Steve to research the barriers to applying AI to software development, and the development of the human-centric principles that led to the creation of the Mia cognitive agent.

The podcast continues with Steve and Justin discussing why organizations that rely on applications written in the Common Business-oriented Language (COBOL) programming language are Phase Change’s first target market.

COBOL is this 40-50 year-old language that has atrocious legacy problems. Because the code has been around [so long], it runs 85% of the world’s financial transactions and [there’s] 220 billion lines of [active COBOL] code. The programmers are all in their 60’s and they all want to retire, but they keep getting incentives to work a few more years because no one wants to learn COBOL. In fact, some of the kids in computer science [college courses] have never heard of it.

Justin and Steve conclude the interview discussing the productivity gains realized by Mia and Phase Change’s technology, and when it will be generally available.

To learn more about how Steve and Phase Change Software will radically improve software productivity, watch the podcast video below or listen to the audio podcast.